Yung Pui Tong, a freelancer specialised in film photography.
She graduated from The Chinese University of Hong Kong and Waseda University of Japan. A backpack trip after graduation rocked her world, her thoughts about travel and her perception of the world.

Any image with double exposure is a coincidence.

I didn’t take any record of what I have shot. I finished one roll of film in Hokkaido, then developed it when I was back to Hong Kong. After a few shootings in Hong Kong, I stacked the two rolls of films together to develop double images. Through the overlapping of two cities, I wanted to find out how we can project our imagination and thoughts.

Everyone has different interpretations of development.
Should we build more skyscrapers?
Or should we stop and think about how to protect the sky? 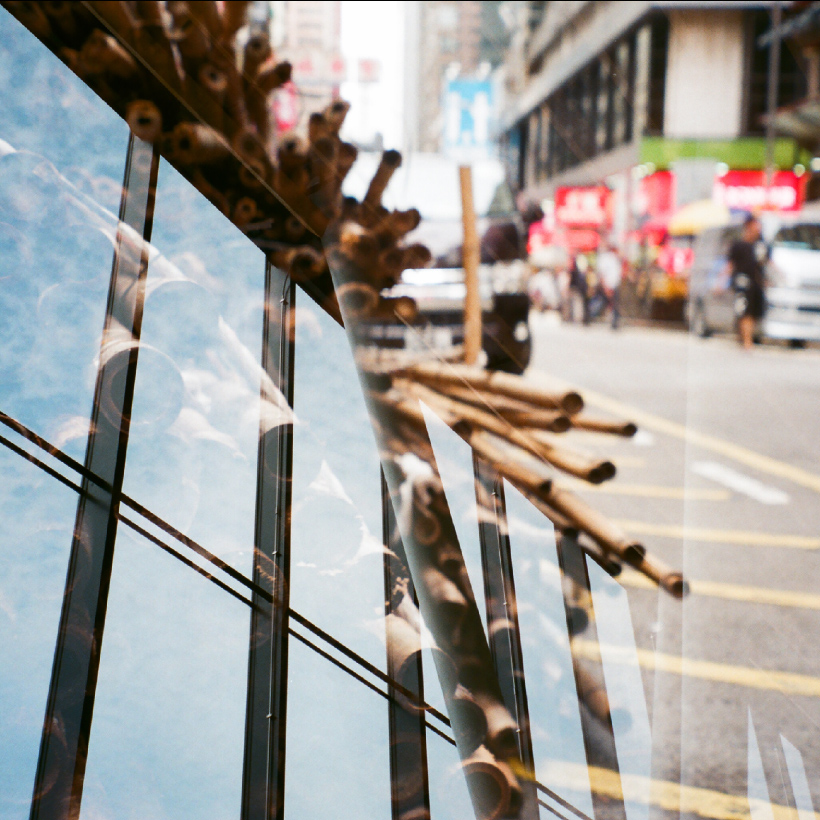 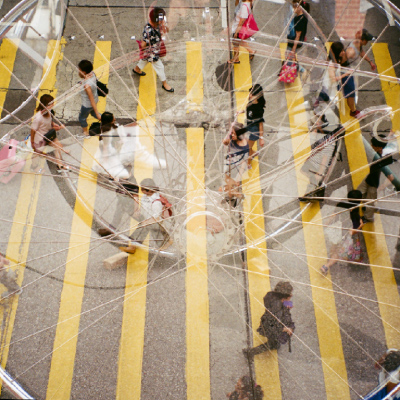 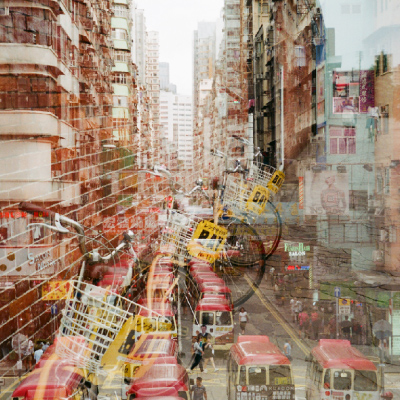 When Hong Kong converged with Japan.

Only after living in Japan, I realised the zebra-crossing of Hong Kong is so bright and dazzling.
What impressed me much is the overlapping of Kanemori Akarenga Souko of Hokkaido and the red minibus of Mong Kok, aren’t they ridiculously matched?

The ice cream van of Hong Kong and the Aquarium of Sendai, these two subjects seem totally unrelated. However, I could find harmony between them after exposure. It is the world of imagination in our minds.

During my stay in Japan, I tried to look between skyscrapers.
We aim high and far though we usually forget to appreciate the beauty of presence. 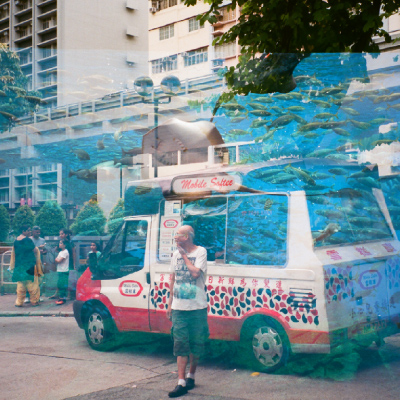 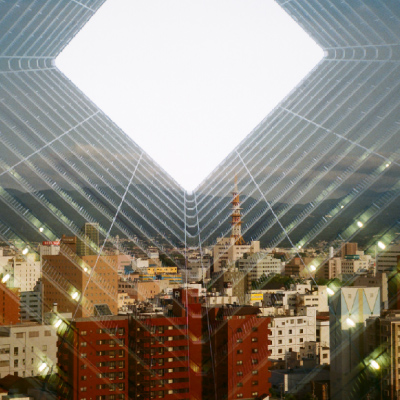 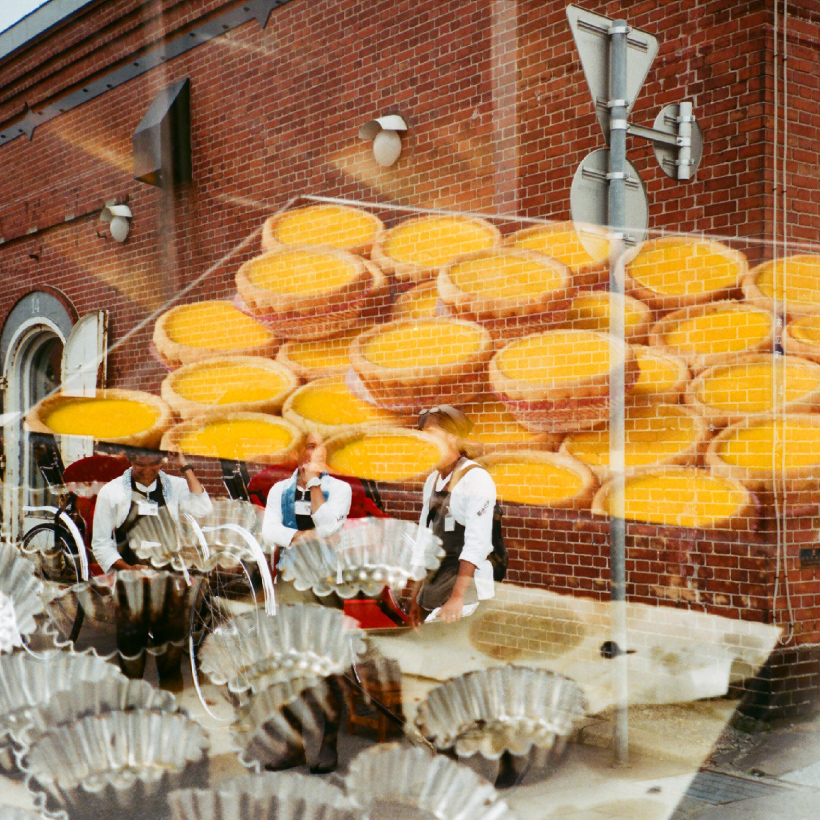 To feel and get involved.
To memorise the moment.

Every time when a roll of film is developed, I would be surprised.
One of them which makes me laugh is this one, three rickshaw pullers and a tray of freshly baked egg tarts.