It was when I travelled to Hiroshima with Clara. We passed by the entrance of a temple where so many travelers were there with a group of deer waiting to be fed. Clara loves animals, there are so many animals being attracted to our trips. It was the moment when I stood at the door to take picture of Clara when she pampered the deer. I wondered, she must be very happy! 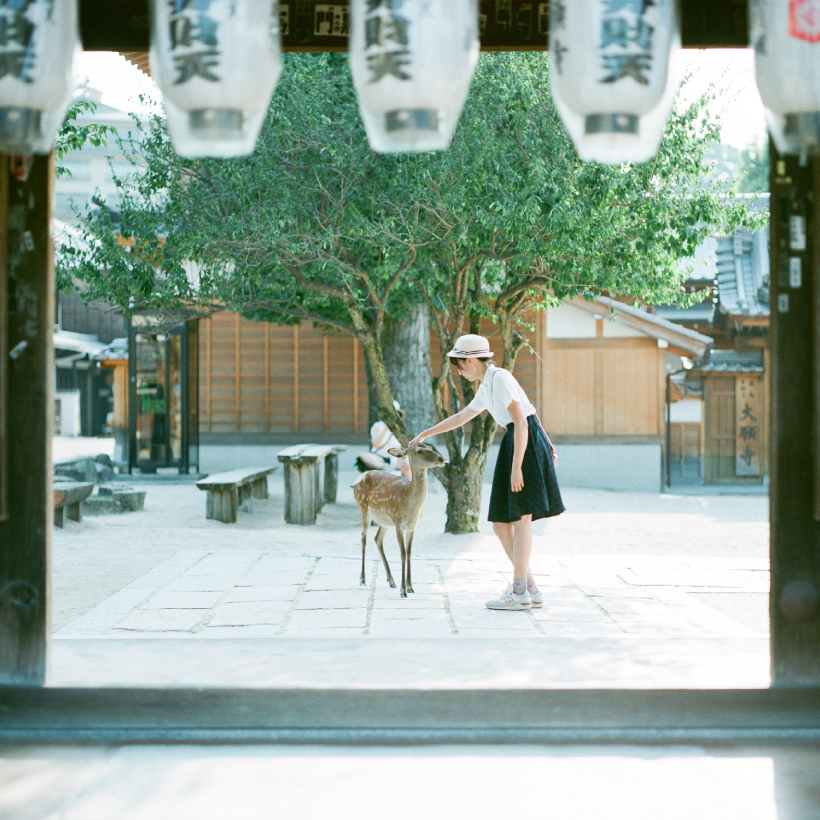 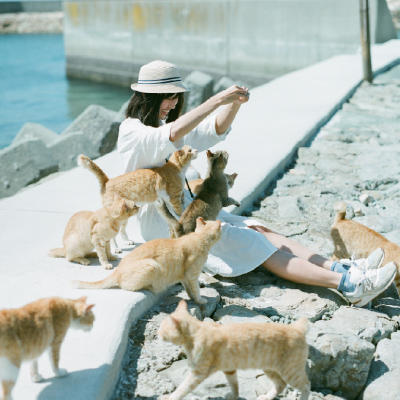 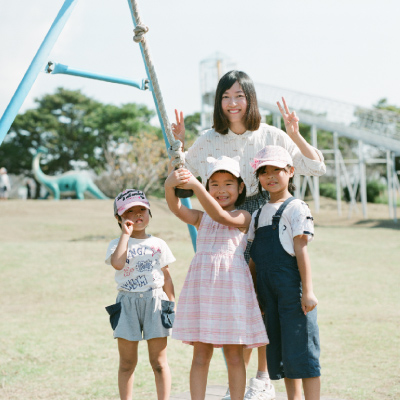 If you become a mother, how would it be?

Clara was a bit afraid of so many cats when we first arrived at Aoshima. She said the cats would scratch her if she took out the food too slow. After spending more time with them, Clara began to laugh quite often. Partly due to her happiness, partly because of the fur of cats. In my view, she has become part of the cat team.

In the Nature Dinosaur Park on Sakurajima in Kagoshima, there were a group of kids playing happily with their mothers. Clara also joined them to play on the long slides. We took photos with the kids at the end, smiled like their mothers.

We met this cat when we were in Teshima. It looked like it was so hungry when it followed us through. After we shared our snacks, it began to eat vigorously. This cat seemed to come frequently for food as it is a popular tourist attraction. We hope it can be free from hunger soon!

We were sitting in front of the sea on Aoshima, Ehime.
It was hot and sunny, when a cat slowly walked into the shadow of Clara to enjoy the sea breeze. When I approached it with my camera, it gave me an alert look. It seemed like it was a protector of Clara. When I developed the film, we both smiled, “How could a cat behave like this?” 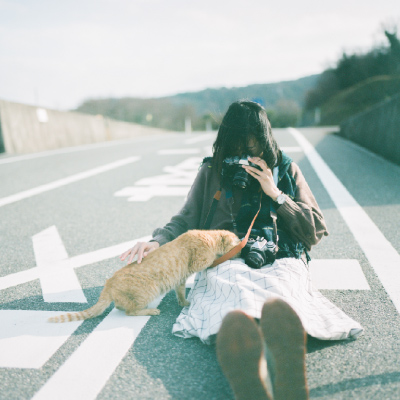 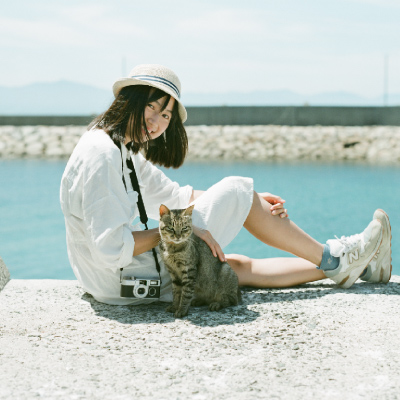 Love summer, as it is.

We walked by a piece of wood when we were at a beach.
I told Clara, “Why don’t you sit here, the blueness must match well with your dress. What a beautiful scene.”
Clara smiled and said yes. With the caressing sea breeze and the warm sand, she sat there for a long while. It’s wonderful looking at the sea like we were.