Looking at Edas’s photos, you can’t help but smile. He captured the moments in his angles, but interpreting them is up to our experiences. For the past six years, Edas has already accumulated 4TB of photographs. How he read Hong Kong? There are tens of thousands of ways of seeing.

For Edas, to become a snapshot photographer was nothing but a coincidence of timing and place. “I was always by myself when I was small. I have plenty of time looking at the streets, reading the faces of people walking, or finding out the changes of the street in different time slots. This made up the creative part of my personality. After growing up and becoming an engineer, on the other hand, I was responsible for research and product improvement. Mainly focusing on my practical side which involved repeated tests and practices.” 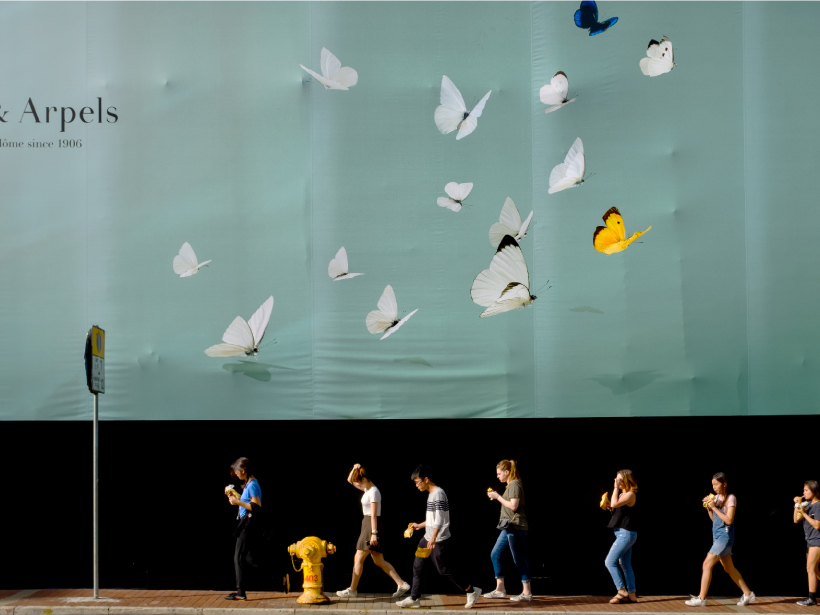 Edas started taking photographs in his free time when he was working abroad. Seeing more works of different photographers, he began to ponder why some of them are uniquely special while the others not. How about himself? Could his works stand out in this sense as well? We might think Edas shoots with purpose and plan, though he said otherwise, “I don’t shoot with theme or intention, I just focus on observation and shoot with impulse. When you go back home and read the photos, you will then understand what are those you like most deep in your heart.”

Since he started shooting in 2013, Edas divided his works into two stages, “Reform” and “Poetic”. The first half was straight forward, it’s like 1 & 0. However, he has turned to the Poetic stage now. “Instead of jumping from 0 to 100, to create is a process. My previous works tended to be more straightforward, it was the moment captured that gave the subjects special meaning, the subjects themselves might mean nothing independently.” Snapshot is one of the presentations of visual art. Apart from being understood, Edas prefers to provide possibilities. “People always talk about the story behind, however, a photograph can hardly bear a whole story. Leaving some space for the audience to feel, isn’t it more meaningful to spare a room for imagination?” 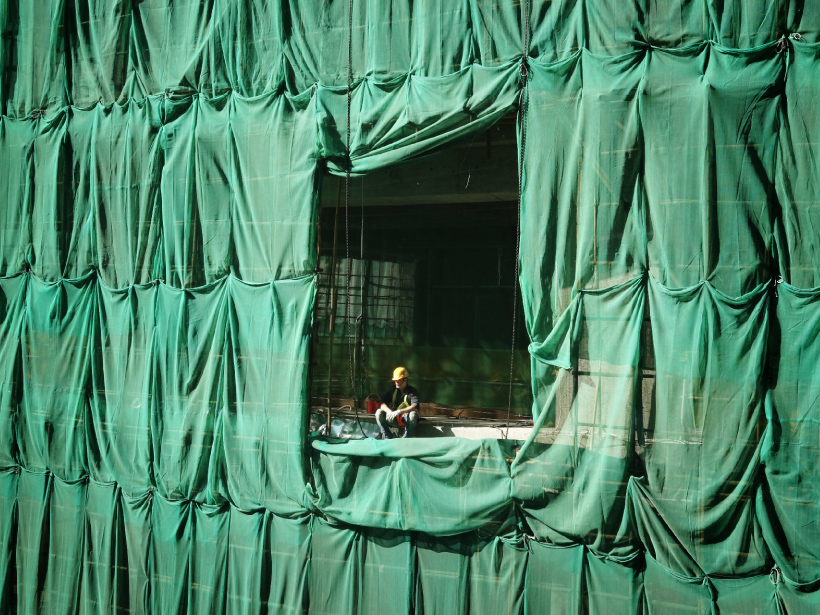 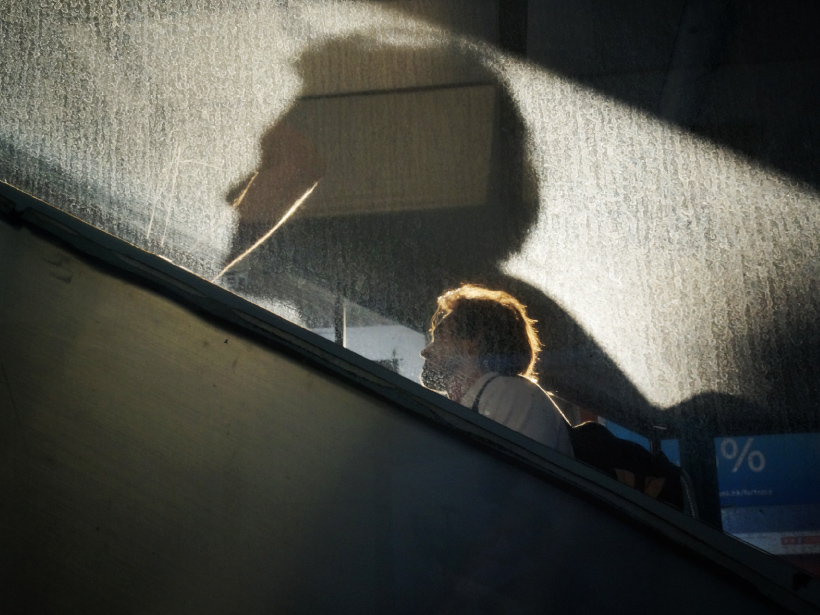 Edas always opts for challenges, it is part of his personality, to make change his driving force. “The more I shoot, the more I wanted to change. When I returned to Hong Kong, I wondered if it would become my stumbling block on the way of photography though.” (He joked himself as if going through mid-life crisis, thinking too much!) “However, when you hold your camera again, you will realise all the doubts and worries were unnecessary.” “How to take a good snapshot?” A question Edas is always being asked, he replies seriously, “It really depends on fate, what I can do is to focus at the moment. It might be the 1/100 second that the moment come. For example, I only took this picture today, I am fine with it. Or it could be better if I was able to get closer or took without the glass. (no backlight). In reality, it is impossible. Hold the camera and press the shutter, the person discovers after one second, the composition then would no longer be the same again. I select photos every week, there might only be one satisfactory among hundreds.”

Jumping from his comfort zone to another level with unfamiliarity and insecurity, Edas views it as another fresh start. “Sometimes it can be painful trying, especially when I am swimming through the old and new of photography. Some people might prefer my snapshots as they were more playful, though I don’t like those snapshots anymore. Starting my creative career after my forties, I do not want to live off my past gains. I prefer leaving space since I chose photography. A brand new Edas might start from here.”

Everything is difficult at its start, Edas shares with us his favourite booklist to start from

A snapshot photographer in Hongkong. Daydreaming in his youth nourished his imagination. He believes the whole city can be the stage for photography. What you have to do is to put down your cell phone, hold your head up and shoot.